Spices are widely used in every region of our country, across various courses of a meal. Almost all Indian households have the “masala dabba”, the traditional spice box, which consists of 5-7 small cups, containing spices used in daily cooking.

Spices brighten up our food palette. They are used either dried or fresh, and come in different colours and shapes, adding taste, colour, and variety to our dishes. Spices, when added in the right proportion, can enhance the taste of any food to the next level. We can say that the secret ingredient that adds aroma and rich look to Indian food is nothing but “spices or masala”.

When we look at the history of Indian spices, we find that their popularity is older than recorded history and the story is more than 7000 years old.

Arab merchants supplied Indian spices to the West, between the 7th and 15th centuries, but they didn’t disclose anything about the source. They are known to have spread fanciful stories about the spices to protect their market, discourage competitors and enhance prices. This included stories like cinnamon growing in deep glens infested by poisonous snakes, amongst other things.

The Europeans ventured on long expeditions to find out the true origin of spices that gave life to their food.

Indian spices, at that time, were a royal luxury and even more valuable than gold as they were high in demand and were difficult to procure. A pound of ginger used to be worth a sheep, a pound of mace was worth three sheep or half a cow. People used to be so rich, they were ready to exchange gold for pepper and cinnamon. It seems unbelievable that people were willing to risk their lives in quest of the spices.

In the present times, we are all aware of the magnificent health benefits of some of the common spices found in our kitchen cabinets.

The Spice Bowl of the World

There are several reasons for India being called the “Spice Bowl of the World”.

● It is a matter of great pride that out of the 109 spices listed by ISO (International Standards Organization), India produces around 75 spices in its climatic regions.

● India is one of the largest producers, consumers, and exporters of spices in the world.

● The Indian spice market is heading towards rapid growth and is expected to grow at a CAGR (Compound Annual Growth Rate) of 4.5% by 2026.

● 3.21 million hectares of land is under spice cultivation, Andhra Pradesh being the highest spice producing state, and chilies being the most common spice produced throughout India.

Cardamom, an evergreen spice, referred to as the “Queen of all spices” is used in a wide range of dishes like curries, desserts, and teas. It is of two types, green and black. Green cardamom is blended whole while preparing spice mixes, called garam masala. Black cardamom is very powerful and smoky. Cardamom contains potent antioxidants and is believed to counteract stomach acidity, stimulate appetite, ease nausea, cure bad breath, and relieve gas and bloating.

Cloves are flower buds and they are dried after pressing out the oils and used in cooking. Cloves are either used whole or blended into spice mixes. They have antibacterial and antifungal properties. Because of the anti-inflammatory effects, cloves help in detoxification from environmental pollutants.

Cinnamon with a rough, tree bark-like texture, is a spice that is used whole or ground in spice mixes. It is a rich source of antioxidants, has anti-inflammatory properties, eases digestion, and is known to even reduce blood sugar and cholesterol levels. It helps stimulate blood flow and is also considered helpful for weight loss.

Black pepper is primarily found in the Western Ghats and Malabar region. Its growth depends on many natural cycles, like a set amount of rainfall. Black pepper and its active compound piperine have potent antioxidant and anti-inflammatory properties. It improves blood sugar control and lowers cholesterol levels.

Turmeric has antimicrobial and anti-inflammatory properties. Fresh turmeric has a slightly stronger flavor than dried. The antioxidant, curcumin, present in turmeric is an essential ingredient for liver detox. Turmeric aids in natural arthritis treatment and also helps lose belly fat.

An aromatic leaf, bay leaf is used in cooking, either as a whole or in a dried or ground form. It is used traditionally as a natural headache remedy, because of the presence of compounds called parthenolide’s. Bay leaf also contains eugenol, a compound with anti-inflammatory and antioxidant properties, which helps treat colds.

A popular spice, cumin is used in cooking cuisine all over the world. It finds uses as a traditional herbal remedy, as a diuretic, in relieving diarrhea, bowel spasms, and morning sickness, and easing carpal tunnel syndrome.

The dried seeds of fennel are used in food. Fennel seeds not only contain powerful antioxidants, but are also rich in fiber, folate, potassium, and vitamin C. It helps in boosting the immune system, reducing blood pressure, and detoxifying the body.

Ginger is a flowering plant whose rhizome is widely used as a spice and a herbal remedy. It is an excellent source of antioxidants. Nausea, stomach pain, and other health issues are treated by ginger.

Kerala Spices is of its kind, online organic spices store that sells a wide range of fresh, pure, and authentic organic spices online. Best quality Munnar spices are available in the store. Get the best quality spices at Keralaspicesonline.com 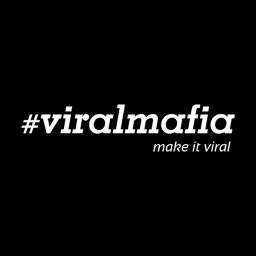