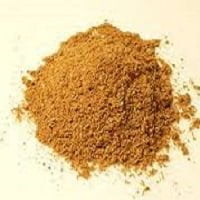 Garam Masala is the king of all masalas’ in an Indian Kitchen. It is a traditional aromatic blend of multiple spices used to cook food in every Indian recipe. Garam Masala is incredibly fragrant and warm. It is a Northern Indian blend of spices used to flavor curries, soup recipes, and more. India has plenty of spices, and every cuisine has one special ingredient that adds to its aroma and flavor. Like every Bengali cuisine has panch-phoron, Chinese cuisines have five-spice powder, South Indian cuisines have sambhar masala, and North Indian food has garam masala.

Coriander seeds, cardamom pods, peppercorns, cinnamon, cumin seeds, and mace are also toasted in the pan at the medium range. When whole spices release their aroma and flavor, they are then grounded into a powder form which is referred to as warming spices that are helpful for the body. Warming spices warm the body increases the taste of food and increases metabolism.

What are the spices used in Garam Masala, and how does it taste?

Garam Masala is a perfect blend of multiple species, including bay leaves, mace, black peppercorns, cumin seeds, cinnamon sticks, green cardamom pods, and coriander seeds. The spiciness, tanginess, sweetness, and fragrant spices are mixed to prepare garam masala. It is pretty shocking, but the reality is that there is no specific recipe for garam masala, and the ingredients used in it change its texture and flavor, and the change is done as per the way of cooking and region. Garam Masala from the supermarket often loses its flavor with time, and there is never a perfect balance of flavors, sweet, bitter, and pungent tastes. You can prepare garam masala at home in small batches that will help you to store its flavor and aroma for a long time. Also, you can easily customize it to make a perfect batch. You can choose to buy spices online or prepare them at home.

Cinnamon is the most critical spice available in two different varieties: Ceylon cinnamon and real cinnamon. You can choose to use any cinnamon but never use cassia as it is not suitable for your health. It is better to study about harmful effects of cassia on health to understand more about it.

Green cardamoms are used in garam masala because of their magical aroma. It is better to use green organic cardamoms that are more aromatic as compared to lighter ones. Some people choose to remove the seeds from pods and then use them to prepare garam masala.

Black cardamom is an optional spice. Some people choose to use black cardamoms because of their intense and unique aroma, while others avoid adding such flavors to their garam masala.

In Indian Kitchen, mace is used widely because of its strong aroma. It is also known popularly as javitri. In the garam masala recipe, some use three strands of mice as it provides a strong smell, while some use fewer strands. It ultimately depends on your choice to use petals of mace.

Fennel seeds are commonly known as saunf that is an optional ingredient. These seeds are aromatic and add savory flavor to garam masala. Star Anise is referred to as a biryani flower that is not only used in biryani but in many foods. It elevates the flavor of food without making it turn sweet. Star Anise is best for digestion and is mainly used in the preparation of heavy or rich dishes.

 After knowing the list of spices used in garam masala, it is essential to clean all the spices carefully. Even if you use organic species, you must clean it carefully as many organic spices are prone to infestation.

 Either sundry or roast all the spices to bring out their aroma in garam masala. Always make sure to roast spices on low heat.

 Choosing authentic spices is essential to enhance the taste of masala. It would help if you prepared your masala with the perfect balance of all flavors, and it must not be either too acidic or too spicy. 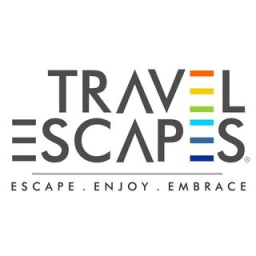