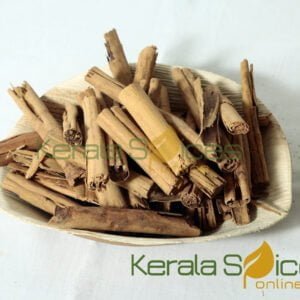 Dried birds-eye chilly made from selected ones.

They are widely used in cooking to spice up food, which gives a hot and spicy flavor.

Bird’s eye chili, or chilies in general are classified as vegetables. They are widely used in cooking to spice up food, which gives a hot and spicy flavor.

Bird’s eye chilli can also be found in India, particularly in Mizoram, Meghalaya, Assam, and Kerala. In  Kerala cuisine, it is used in traditional dishes

Even if bird’s eye chilli is more popular for culinary uses, they are also advantageous for human beings.

Birdseye Chilli contains up to seven times the vitamin C level of an orange and has a range of health benefits, including fighting sinus congestion, aiding digestion and helping to relieve migraines and muscle, joint and nerve pain.

It’s also a good source of vitamins A and E, beta-carotene, folic acid and potassium.

Chilli has long been used to reduce food micro-contamination and is also considered a potential metabolism booster for weight loss.

Several studies have found it may also play a role in treating lung and prostate cancer and leukaemia.

With the help of bird’s eye chili, diet goers can supplement their program by consuming it, but at modest levels. Asides from helping digestion, bird’s eye chili also works for diet programs by burning excessive fat cells.

High blood pressure may lead to heart attacks, which can also be stabilized by taking bird’s eye chili.

The heart’s health will be assured in the long run, negative cholesterol as well as triglyceride will be gotten rid of from the body system. It also avoids the risk of cardiac arrests by opening and widening the arteries that lead into the heart.