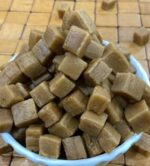 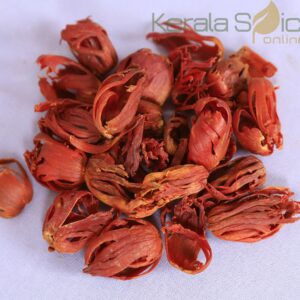 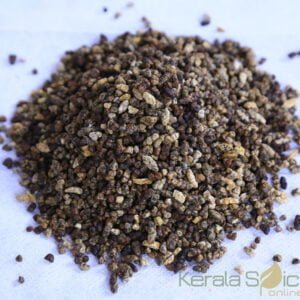 This makes your recipe more flavourful and tastier.

Also, it is a great medicine that cures digestive and breathing problems.

ASAFOEITIDA (CUBES) – 100Gm  used as a flavoring ingredient in food and beverages.

They are widely used in many rice dishes and also in vegetable dishes like dal, pees etc for the aroma it spreads.

Also it is a great medicine that cures digestive and breathing problems.

It is an indispensable ingredient common to every Indian kitchen.

Due to the presence of sulphur compounds, hing has a distinct pungent odor and a bitter taste.

Hing is highly beneficial in curing digestive disorders and flatulence.

When the Asafoetida / Hing is boiled in water, it becomes diuretic in nature, cleanses kidneys and urinary bladder and prevents the body from any urinary infection.

Hing along with the other natural ingredients is particularly effective in reducing obesity.

Asafoetida / Hing is widely popular in Ayurveda by its Sanskrit names like Ramaha, Badhika, Ugragandha (named due to its strong pungent smell) and Sahasravedhi (medicine which is effective in thousand ways).

Apart from the health benefits asafoetida cubes are known for their flavor. Especially in Kerala, it is the main ingredient in pickles and also in tea-time snacks.

Also in Kerala sambar, it is the main ingredient.