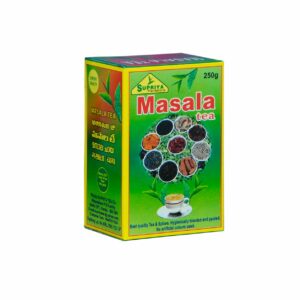 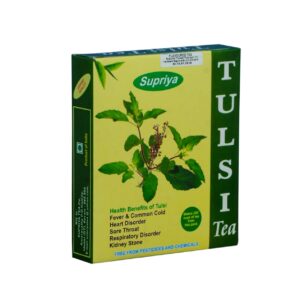 It is a delicious herbal tea Mfd. by : SUPRIYA TEA CO, KUMILY, has the power to warm up in winter and cool down in summer. It improves blood circulation, reduces congestion and increases alertness. Pure organic product for your health habits.
What Is Cinnamon Tea?

Cinnamon tea is a healthy beverage prepared from cinnamon stick. It is one of the easiest ways to access these health benefits, and is also very simple to prepare. Cinnamomum cassia is the most common and popular variety, but there are a number of other species within the genus that can have similar effects when used as an herbal tea.

Cinnamaldehyde is the active ingredient in all cinnamon species, and this bioactive compound can have a number of beneficial effects on the body. This particular compound is complemented by coumarin, linalool, cinnamic acid, proanthocyanids, catechins and other powerful substances that can be accessed through a cup of this delicious tea.
How To Make Cinnamon Tea?

Simply take a cinnamon stick and boil it in water for 15-20 minutes. After this, allow the cinnamon stick to steep in the water for another 10 minutes (or even longer to have a more potent brew), and then drink the sweet and spicy beverage. What more? You don’t need to add sugar to it as cinnamon has a natural sweet flavor.

Many people are completely unaware of this potential within cinnamon, but this flavorful herb has been used for thousands of years for its healthy effects. With that in mind, let’s take a closer look at these benefits of cinnamon tea!